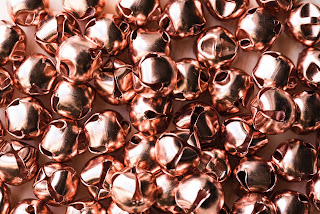 It's December already, and the inevitable Christmas lights, decorations and music are already around us. As always, I have a fairly ambiguous relationship with all this - I find some of the decorations fun and coming out of a couple of years of lock-down the celebratory aspect feels good this year. The side that gives me pause is the incessant commercialization and equating a religious / seasonal celebration with the need to buy stuff.

Anyway, I am not going to Grinch-out on that subject now. Instead I am going to share a Grinch-like thought that only occurred to me for the first time last year. My apologies if this is something you have always known, or if in some way it offends you, but around this time last year I realized something that shocked me to the core:

The song "Jingle Bells" has absolutely nothing to do with Christmas.

The realization came to me as I was singing the song over the phone to my Mother. Now, I will ignore for now the reasons why I was singing to my mum over the phone, but let's just say it was a bit of a tradition. And this particular day I had chosen 'Jingle Bells.' And as I made my way through the words, I realized that they had nothing to do with Christmas, or Santa, or Reindeer, or anything else Christmassy at all.

And so I looked it up, and found out that, sure enough, "Jingle Bells" is not a Christmas song at all. The all-knowing Wikipedia describes the song like this:

"Jingle Bells" is one of the best-known and most commonly sung American songs in the world. It was written by James Lord Pierpont (1822–1893) and published under the title "The One Horse Open Sleigh" in the autumn of 1857. It has been claimed that it was originally written to be sung by a Sunday school choir for Thanksgiving, or as a drinking song.

So, a Thanksgiving song or Drinking song (I suppose those aren't mutually exclusive). The words don't even have anything to do with Christmas - they are more about a young courting couple taking the opportunity to be together away from others. The second verse goes:

A day or two ago
I thought I'd take a ride
And soon, Miss Fanny Bright
Was seated by my side,
The horse was lean and lank
Misfortune seemed his lot
He got into a drifted bank
And then we got upsot.

And the song ends, as Wikipedia summarizes, with the narrator giving "advice to a friend to pick up some girls, find a faster horse, and take off at full speed."

So why am I bringing this up? Am I about to go on a crusade to get the song removed from the canon of traditional Christmas Carols?

No, not at all, and if you asked me today if I considered "Jingle Bells" a Christmas Carol I would actually answer 'yes.' Even though it has nothing intrinsically to do with Christmas.

While this is a bit of a silly (hopefully fun) example, this understanding that much of what we believe to be solid and concrete is actually only dependent on the surrounding causes is central to our meditation practices. We meditate on the five aggregates and we find that they are 'empty' - not in the sense that they don't exist but in the sense that they exist only in dependence on other things.

The Buddha actually used music as an example of this in one of my favorite passages (I have written about it before here), that of The King and the Lute:

When we take apart anything - a lute, a Christmas Carol, our selves - we find that there is nothing that can exist in isolation, that everything exists in dependence on everything else. You will not find the sound by grinding up the lute. You will not find the 'Christmas Carol-ness' of "Jingle Bells" in the words, or the music, but only in the collective minds of the millions of people who sing it at Christmas.

I have linked below a fully-guided meditation on the story of the lute - feel free to use it in whatever way is useful to you in your practice.

cjrobson · The Lute (and how did I get here?)

Photo by Joanna Kosinska on Unsplash