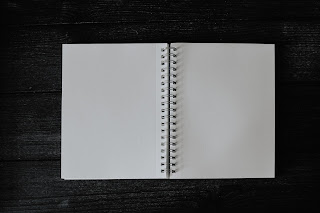 I am going to start today with an apology to all of you reading who are under forty or so. I am going to be referencing some music from the nineties, and it is likely that you will have no clue what I am talking about - so I will be sure to explain the relevance to our meditation practices. I've got you.

I am also going to apologize to those of you over forty too - the song I am going to reference is twenty seven years old. There is a significant possibility that the fact it was that long ago will feel like a bit of a shock to you. Think of it as a free extra lesson in mortality. You're welcome.

Anyway, yesterday I played an album I hadn't listened to in over twenty years - Canadian singer/songwriter Alanis Morisette's1995 work "Jagged Little Pill." Now, I love music from all genres and era's, and often listen to older works, but I hadn't listened to this one for a long time. On release it was a huge success and dominated alt-radio for the next couple of years. It was definitely an album of its time, something very much 'of' the period. So, while I used to play it a lot back then, it definitely fell out of rotation sometime around the turn of the Millennium.

So why was I digging back in the archives yesterday to resurface this bout of nostalgia? Well, more recently there has been a Tony-nominated Broadway musical based on the songs from the album. Last night I was fortunate enough to get to see it here in town, so before we went I was refreshing my memory of the music once again. The musical turned out to be a lot of fun, but that isn't what this letter is about - I want to talk about just one second in the opening song on the album.

The first track is titled "All I Really Want." It's quite a banger, with a driving drum riff and evocative lyrics - and is a great way to set the scene for the following songs. It was a big success as a single, and got a lot of radio play. But there is a small detail of the song that stood out to me the first time I heard it and still fascinates me to this day. At one point she sings:

Why are you so petrified of silence?
Here, can you handle this?

And everything stops. No instruments, no anything. Silence. Complete dead air.

I've measured it, it is only for a little more than a second, but it still comes as a shock and feels much longer. The contrast from the driving rhythm to nothing really gives you whiplash. Anyone who works in radio will tell you that dead air is a nightmare, so to release a (commercial) song with intentional dead air in it was quite brave.

But then the song comes back, with the question:

Did you think about your bills, your ex, your deadlines
Or when you think you're gonna die?
Or did you long for the next distraction?

I think we can all identify with this. I am sure that the very first time you meditated you went through some version of this, not knowing how to handle the silence.

A couple of years ago I wrote a piece called "Don't Wait: Pause," inspired by David Cain's wonderful essay "How to Walk Across a Parking Lot." Learning to work with silence can be hard but is ultimately a key part of our practice.

I have linked below a fully guided thirty minute meditation on "Don't Wait: Pause," where we work on silence by moving our mindset from 'waiting' for the time to end to 'pausing' and being present. It's a lot longer than one second! If you wish feel free to use it in your meditation practice. Whatever you do, I hope that in the coming week you can recognize the moments of silence and, rather than waiting for the next distraction, practice being present.

P.S. One of the best known songs on the album is "Isn't it Ironic," a song where she list a number of unfortunate things that could happen and declares them 'ironic.' Despite it's success the song has also been widely ridiculed for the simple fact that this isn't what 'irony' means, and that what se is describing is just plain misfortune. Even the musical references the fact that this is a misuse of the term. My own feeling is that if she had used the word 'dukkha' instead of 'ironic' she would have nailed it. Maybe not as catchy but far more accurate. What do you think?

Photo by Kelly Sikkema on Unsplash