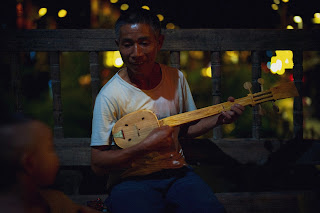 As we navigate through this strange year a common sentiment has been 'how did we get here?' Whether we are talking about the pandemic, police brutality, civil unrest, wildfires, air quality or a divisive election it is natural for us all to want answers. Why is this happening? Who is to blame?
There are may pundits out there who will happily take your money or your clicks and offer you a simple solution, from Chinese markets to bad apples to protestors to conspiracy to... There is no shortage of theories, hunches and guesses as to what 'the one thing' to blame is.
In reality, of course, none of what is troubling us has a simple cause. Everything that happens comes about because of a wide number of precedents. So while any of the events, people or theories may be contributory causes to our situation it is never as simple as 'this happened because of X.' We all know this, but it still feels comforting to be able to explain and solely blame X - especially if X is something or someone we never liked anyway.
This desire to find a single, simple cause and ignore the complexities of a system is not new. The practices of scapegoating and witch-hunts have been around for centuries.
All of this stems from our common delusion that things exist in isolation, and that simple, singular causes can be found for everything. One of my favorite stories that The Buddha told is that of The King and the Lute:

I love this story both for the humor and the clear message. It is easy to see how we make the same mistakes, how we look for something to have independent existence and simple causes. And this doesn't only apply to current events or challenges in our lives but also to ourselves - recognizing that we don't exist independently from those around us, our culture and our society.
So how do we develop this insight? The Vina Sutta continues:

We are encouraged to work with our own thoughts and experience in the same way that the king did with the lute. Not because by doing so we will find the solid answer, but because by doing so we will find that like the music nothing exists independent of everything else.
If you would like to practice this yourself I have linked below a fully guided meditation on the Lute and 'how did I get here?' You are welcome to listen any time you wish, but a few of us have committed to press 'play' at 7pm PT on Sunday 27th September. You are welcome to join us if you wish.
Wishing you all a good week,
Metta, Chris.
cjrobson · The Lute (and how did I get here?)
If the above player doesn't work for you please click here.
"Vina Sutta: The Lute" (SN 35.205), translated from the Pali by Thanissaro Bhikkhu. Access to Insight (BCBS Edition), 30 November 2013
Photo by Kenny Luo on Unsplash
Posted by Chris at 12:47 PM