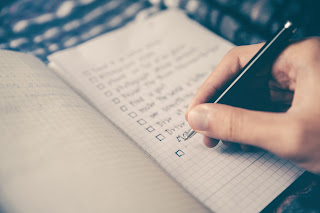 It was my plan to send out this letter on Sunday. I had a great theme in mind, and the time to write it - but...

Well you know. As the famous first line of Burns' poem goes:

The best laid plans of mice and men...

Only it doesn't. It's actually not the first line - it's right in the middle of his poem 'To A Mouse,' and the actual words are:

OK, so not so far off. And of course we all know the next line, don't we? Don't we? It's a favorite pub-quiz question after all. And it's on the tip of your tongue... I'll give you the actual next line later in this letter.

But back to the subject in hand. Plans. Or my lack of discipline in executing my plan. Truth be told, I empathize with the great author Douglas Adams when he observed:

I love deadlines. I love the whooshing noise they make as they go by.

So here I am on a Wednesday morning, writing what should have been (and could have been) written on Sunday - and writing it just before I have to head out to the airport to get on a plane.

There's a great TED talk by Tim Urban called "Inside the mind of a master procrastinator." It's a really funny and insightful talk, and I highly recommend watching it. I am going to spoil it a bit by telling you the main points of the talk: firstly, that we tend to put things off until a big enough, scary enough deadline (such as a flight out the country) comes up; and secondly that some things never get done because there doesn't seem to be a deadline. But, as he points out, our true deadline for all these things is our death - we just aren't acknowledging this. His cure for procrastination? Awareness of our mortality. Sound familiar?

For example, as I travel today I can put in the effort to do my part - to be at the airport at the right time, with the right documents and with a positive attitude. The actual outcome - whether the flights run on time or if the journey is chaotic - these things are outside my control. I need to put in the effort, but not be attached to the outcome. That is the key to sane travel.

So, as the great poet Burns wrote:

You knew that, didn't you?

I have linked below a fully-guided meditation on why there aren't 'Merit Badges' to achieve in Metta Meditation. Feel free to use it in any way that helps you in your practice.

Photo by Glenn Carstens-Peters on Unsplash