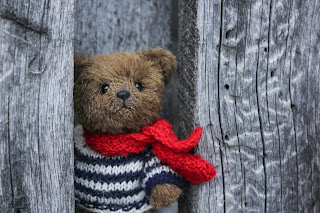 Today, if I may, I am going to tell you a rather sad story. I want you to promise not to laugh, as there is absolutely nothing funny about the tragic tale I am about to recount.

The events I am going to cover took place in an area of Southwest England called Wookey Hole, just a few miles away from where I lived many years ago. The events in question took place in 2006, a few years after I had left the area.

Wookey Hole is known for a series of spectacular caves and is a well known tourist attraction. The most recent owner of the caves was Gerry Cottle, a larger-than-life circus operator and showman. Think of a modern-day P.T. Barnum with an English accent and you won't be far off.

Cottle was responsible for a great expansion of the tourist attractions around the caves, bringing in a lot of side attractions such as Animatronic Dinosaurs, a Fairy Garden, a Cave Diving Museum, a Paper Making Museum, a Vintage Penny Arcade and a Pirate Island Adventure Golf Course. You know the type of place.

One of the additional attractions is a Children's Museum which has a large collection of vintage Teddy Bears. In 2006 they secured the loan of a Steiff Teddy Bear called Mabel that had once belonged to Elvis Presley. The bear was apparently insured for £40,000 (about $60,000). It was to be the jewel of the collection.

I now want to introduce you to Barney. Barney was a guard dog, a Doberman, who had been working with Security Guard Greg West for around six years. Barney's job was to patrol the attractions at night, ensuring that there were no threats or intruders.

Can you see where this is going? What could possibly go wrong?

Rather than give you a blow-by-blow account of the gruesome events I will just fast forward to the report by the BBC, where they quote Wookey Hole's General Manager, who informed them:

About 100 bears were caught up in this frenzied attack, some were merely little chews, whereas some of them had some quite devastating injuries.

Heads pulled off, arms, legs here and there, it was a total carnage really. I've never seen such a mess, there was stuffing, fluff and bear bits everywhere.

And, in all this carnage, Elvis' bear Mabel lost her head.

The story of this Teddy-Massacre spread quickly, with articles on the shocking events appearing on CNN, The Guardian, China Daily, The New York Times, Forbes and many, many other news outlets. The magazine Psychology Today even wrote a piece with the wonderful title "Toys Are Made for Dogs to Rip: the Wookey Hole Cave Massacre," giving their psychological viewpoint on the wisdom of leaving a dog alone with Teddy Bears.

It's a sad but compelling story, and one that I have recounted to friends many times since I first read about it fifteen years ago.

And, of course, it is a total fabrication.

In 2020, a year before he died, Gerry Cottle gave an interview to the Daily Telegraph where he finally spilled the beans:

At Wookey Hole we opened a teddy bear museum and pretended one of the bears belonged to Elvis Presley and that a guard dog had chewed it up. My friend in Vegas said: “I can’t believe it, Gerry. You’re front page news!”

Yes, it was a completely made-up publicity stunt, so typical of Gerry Cottle. But for a long time I believed it - after all, all those reputable news sources must have done their research, right? It was such a wonderful story, with sadness, humor, a moral and decapitation - everything that a good story should have.

Having realized that one of my favorite stories was just that - a story - I immediately thought of the well known Kalama Sutta. The Kalamas were a people who had experienced a long litany of spiritual teachers passing through, all of whom had espoused different paths and teachings, and who had left the Kalamas feeling confused and helpless. The Kalamas were suffering from an over-abundance of fake teachers.

The Buddha visited the Kalamas, and they aired their issues with him:

Sounds familiar? I think anyone who has walked into a New-Age bookstore will identify with the poor Kalamas!

The Buddha replied with this (now often-quoted) teaching:

Now this powerful reply is often misunderstood as a kind of 'ignore anyone else, anything goes!' approach to the spiritual path, which is of course the opposite of what it is truly saying. In his Translator's Note to the above passage Thanissaro Bhikkhu gives the following wise explanation:

Although this discourse is often cited as the Buddha's carte blanche for following one's own sense of right and wrong, it actually says something much more rigorous than that. Traditions are not to be followed simply because they are traditions. Reports (such as historical accounts or news) are not to be followed simply because the source seems reliable. One's own preferences are not to be followed simply because they seem logical or resonate with one's feelings. Instead, any view or belief must be tested by the results it yields when put into practice; and — to guard against the possibility of any bias or limitations in one's understanding of those results — they must further be checked against the experience of people who are wise. The ability to question and test one's beliefs in an appropriate way is called appropriate attention. The ability to recognize and choose wise people as mentors is called having admirable friends. [T]hese are, respectively, the most important internal and external factors for attaining the goal of the practice.

We are living in a time when we have unprecedented access to a wide range of teachings. This is a blessing and a curse, as it can leave us being buffeted about just like the Kalamas. Fake news is a recent trendy term, but the reality is that there have always been confusing and unreliable voices out there. We need to use discernment with how we consume both news and teachings.

Sadly, the story of Barney was one of those unreliable reports; however we can still learn a lot from the hapless canine.

An important part of what we are taught in the Kalama Sutta is this idea of surrounding ourselves with 'admirable friends,' the wise mentors that we intentionally bring into our lives. This is one of the things that we do through being formally or informally part of a sangha. I have linked here a fully guided meditation on having gratitude for these 'admirable friends' - feel free to use it if you wish in your own practice.

Photo by Oxana Lyashenko on Unsplash