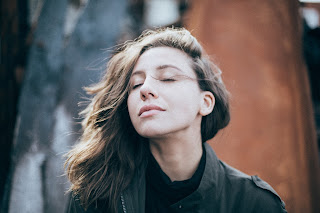 When I was a kid I tried meditating. I didn't really know what meditation was, but I knew it somehow involved concentrating as hard as I could on something. For me the 'something' was a candle. After a few goes I gave up - nothing really happened, the candle was the same and I just felt frustrated. My first meditation experience probably lasted all of three minutes, and it would be a few decades before I tried again.

I laugh at this nowadays, but at the time my attempt was sincere. What I hadn't realized - and nobody told me - was that meditation didn't in fact start with straining to concentrate on something. Instead our meditations start with a simple, gentle, awareness.

The Pali term for simple breath meditation is anapanasati - literally the 'recollection of breathing in and out.' 'Recollection' is an interesting term here and can seem strange at first but it is a great place to start. Instead of concentrating as hard as we possible can on the breath we instead just recall that we are breathing. When we recall something we bring to our mind something that we know, but had not been conscious of. It's not that you didn't know you were breathing, it's that you did not have that fact in your consciousness.

The great thing about meditation is that it is empirical, that we can experiment with it and see for ourselves the effects of changes in approach. And part of that is experimenting with the lightness of touch of our awareness. As we progress in our experience we can make that awareness ever more gentle, lighter and more subtle.

Even though awareness of breath is for most of us the first form of practice we learn it is important not to see it as a 'basic' or 'junior' meditation. It is often used as the foundation of other forms, but we shouldn't skip past it and rush to those other forms. The calmness, centering and presence we can cultivate from a gentle awareness is not something to be rushed past but something to be experienced.

Sometimes it's good to go back to the basics, and a gentle awareness of the breath is a beautiful place to return to.

I have linked below a fully guided meditation on cultivating a gentle awareness of the breath. You are welcome to use it in whatever way helps you in your practice.