The Intoxication of Anger
(Meditation for Sunday January 10th) 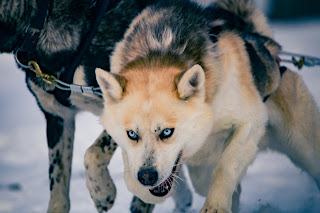 The Intoxication of Anger

I think that all of us have been shaken this week by the scenes that we have seen on TV and in the media. Many of us have watched in disbelief, mixed with a strange feeling of inevitability. It's like we knew something like this was coming, but at the same time couldn't believe it when it actually did.
I am not going to dwell on the events of this week for this message, but rather encourage us all to turn our attention inwards on our own feelings and reactions. How did witnessing these events make us feel, and what did we do with those feelings?
When we witness people act in anger, we ourselves can also choose anger - either against or in sympathy with those we are watching. I say 'choose' very deliberately here. One of the insights we gain from meditation is that our emotions are choices. We often say "Fred made me angry," when really we should say "Fred did X, and I chose to become angry." Equanimity is the ability to be aware of this and to not choose anger. Of course, most of us haven't got to the place yet where we can be that clear-minded all the time. I am sure that for many of you your reaction was similar to mine, and some anger arose.
The key then is recognizing that anger has arisen, and what we choose to do with it. In the Dhammapada we are told:
When anger arises,
whoever keeps firm control
as if with a racing chariot:
him
I call a master charioteer.
Anyone else,
a rein-holder —
that's all.

For some reason the wording of this makes me smile, in that it feels like a bit of a put-down - are you a master charioteer or just a rein-holder? Ouch! But the point is well made - are we masters of our mind, and able to rein-in our anger with skill, or do we let the horses run out of control?

Make no mistake, anger is addictive. And this isn't just a concept in meditation, it is well known in psychology too. Jean Kim M.D. in Psychology Today says:

[...] anger can lead to similar “rushes” as thrill-seeking activities where danger triggers dopamine reward receptors in the brain, or like other forms of addiction such as gambling, extreme sports, or even drugs like cocaine and methamphetamines. Anger can become its own reward, but like other addictions, the final consequences are dangerous and real, and people follow impulses in the moment without regard to the big picture.

The images we saw this week were the extreme examples of people drunk on anger. But let's be careful here, and be sure that we don't just look outward at them. Did we choose to be angry in response, and how did we work with that anger? Did we choose be be master-charioteers and control it, or did we choose to feed our own anger in response?

As a Brit we often joke that there is no problem so big or scary that it can't be solved by a 'nice cup of tea' (famously in the movie 'Sean of the Dead' the very English response to a zombie invasion is to 'have a nice cup of tea and wait for this all to blow over'). And while that is obviously a self-deprecating joke there is truth in it. When anger arises, can you sit with a cup of tea and work with you feelings, or do you choose to doomscroll and feed the anger? Sadly I know I chose the latter a few times this week.

So as we head into another challenging week I'd like to encourage us all to work on our skills as charioteers. We may not be at a place where anger never arises, but we can work on keeping firm control. Maybe with a nice cup of tea.

I have linked below a fully guided half-hour meditation on working with anger. A few of us have committed to press 'play' on this together at 7pm PT on Sunday, January 10th. You are welcome to join us then, or of course listen at any time.

Photo by Arnaud Mariat on Unsplash
Posted by Chris at 10:40 AM