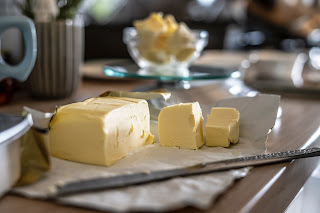 Note: There isn't an audio meditation linked to this letter. There was going to be, but I chose not to post one - all of which I will explain later. So there are two parts to this - the message I wanted to discuss, and then a short discussion on my decision not to link the audio. I hope that this "Metta Letter" doesn't become too "meta!"

Earlier this week I was in New York City attending a conference. Like many parts of the country - and the world - at the moment, NYC has been experiencing some high temperatures and the highs were around 100° - not that unusual for the city in the summer but still quite oppressive when combined with the humidity (and the occasional thunderstorms). After the short walk from my hotel to the conference center I was a completely melted blob, and even in the highly air-conditioned conference center it took me at least an hour for my core temperature to return to normal.

Back here in the Pacific Northwest it looks like we are heading for similar weather this week, the summer having finally arrived with a vengeance. This could be a good week to stay in cool places if you can, and for all of us to reflect on the collective foolishness that is driving some of the extreme temperatures we are seeing around the world.

But - back in the conference center - this week I reflected on a common simile that is used when teaching meditation. Rather than trying to struggle in meditation we are told to be like a block of butter in the sun, allowing the sun to melt us. Rather than resisting we can instead be accepting of the environment we are in - hot or cold, noisy or quiet - and be present with that. This isn't a negative passivity but an integration as the butter and the sun become part of the same process.

Imagine that a lump of soft butter, pure in colour and fra­grance and the size and shape of a duck egg, is suddenly placed on the top of your head. As it begins to slowly melt, it imparts an exquisite sensation, moistening and saturating your head within and without. It continues to ooze down, moistening your shoul­ders, elbows, and chest; permeating lungs, diaphragm, liver, stomach, and bowels; moving down the spine through the hips, pelvis, and buttocks.

You can read the full instruction here, but I am sure that many of you will recognize this as a twist on body awareness meditation. I have found that the vivid imagery of the melting butter is a powerful alternative to the simple 'body scan' meditations we often do.

So, as we head into the hotter weather this week I would like to first encourage you to stay safe and look after yourself (water is good medicine!) and also to use the image of melting butter as an encouragement in your practice.

P.S. So, as a postscript to this I would like to mention why there is no audio recording for this week's letter. I know many of you like to follow along with the recordings. As I was planning this letter I recalled that several years ago I lead a meditation on melting butter, and sure enough I found the recording from 2015. I started to edit it as I usually do. The recordings usually need quite a bit of cleaning up, and as I did so I realized that I had extensively quoted from a well-known modern Tibetan teacher that I have read quite a bit of, where he eloquently describes meditating while visualizing melting butter. Unfortunately since that time it has become public that there are many credible and disturbing allegations of abuse by the teacher. Now, while what he wrote is still highly relevant it has become hard to separate that from his behavior. Now I know that none of us are without darker parts in our life (I'm certainly not), and while it is possible sometimes to separate someone's work from their behavior (I still listen to Wagner), in this case I felt it was disrespectful to the victims and it took away the authority of his words. This wasn't an easy decision and I went back and forth on it, but eventually decided to completely scrap the recording. I also decided that rather than just replacing it with another I would share my thought process with you. I know this is a complex subject and that sadly Buddhism has had it's fair share of these issues (in short, wherever there is a power dynamic someone will abuse it), but hopefully you will at least understand my decision here. I'll leave the last words to Jill Sobule: "Why are all our heroes so imperfect?"