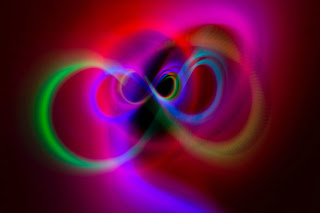 In 1986 religious thinker James P. Carse introduced the concept of finite and infinite games. He differentiated the two types of 'games' in this way:

There are at least two kinds of games: finite and infinite. A finite game is played for the purpose of winning, an infinite game for the purpose of continuing the play. Finite games are those instrumental activities - from sports to politics to wars - in which the participants obey rules, recognize boundaries and announce winners and losers. The infinite game - there is only one - includes any authentic interaction, from touching to culture, that changes rules, plays with boundaries and exists solely for the purpose of continuing the game. A finite player seeks power; the infinite one displays self-sufficient strength. Finite games are theatrical, necessitating an audience; infinite ones are dramatic, involving participants...

While his words drew a mixed reaction at the time they have become highly influential more recently, with people like Simon Sinek adapting these ideas to business and organizations, and several trendy start-up CEOs citing its influence.

The basic concept is that some endeavors can be treated as finite games, which we choose to play and play to win, while others are infinite, that we play just to be part of. This idea can be applied to many activities, and this week I was contemplating how it applied to our practice and path.

We often come into meditation and our path with specific goals - to become more calm, to reduce stress, to become enlightened, to have something to do on a Sunday night - all of these are finite games, things to achieve or 'win.'

All of these things are of course laudable goals, but usually as we get deeper into our practice we move beyond them and our practice becomes part of something bigger, something that goes beyond simply achieving a goal.

Dzongsar Jamyang Khyentse (Khyentse Norbu) covers this in his wonderful book "What Makes You Not a Buddhist." He says:

It is not appropriate to ask a Buddhist, “What is the purpose of life?” because the question suggests that somewhere out there, perhaps in a cave or on a mountaintop, an ultimate purpose exists.

This is the finite game mindset. Instead, he offers a different approach based on the Mahayana concept of 'The Three Excellences." Paraphrased, this suggests that we approach our practice by:

I find this useful because it sums up the shift from a goal-oriented practice to a much deeper one - one that isn't focused on simple achievement but instead on deepening our practice and our connections to others. In Carse's language it shifts us from a finite game to the infinite game.

I have linked below a fully guided meditation on meditating with 'nothing to achieve.' A few of us have committed to press 'play' together at 7pm on Sunday 16th May. You are of course welcome to use it in your practice in whatever way you wish.

Wishing you all a wonderful week,

What Makes You Not a Buddhist by Dzongsar Jamyang Khyentse, Published December 5th 2006 by Shambhala,

Photo by Ivan Slade on Unsplash