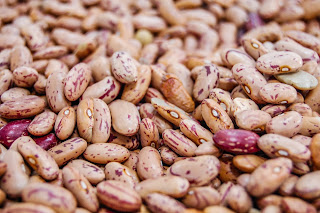 I was going back and forth this week on what to write about. With a historic election coming up and the deep division being created in the country it seems that the practice of Metta is more important than ever.

On the other hand, it is Halloween and Día de Muertos this weekend and it is always fun to look at Buddhist ghost stories to see what we can learn (and have a bit of spooky fun).

Of course, as is often the case, this is a false dichotomy and we can actually look at a good Zen ghost story and see what we might learn that will help us in what is likely to be a challenging week.

So let's start with the ghost story. There are a number of good ghost stories in the Buddhist tradition but my favorite is the story of the man being haunted by the ghost of his young wife. There are several versions of this out there, but here is a common telling of it:

The wife of a man became very sick. On her deathbed, she said to him, "I love you so much! I don't want to leave you, and I don't want you to betray me. Promise that you will not see any other women once I die, or I will come back to haunt you."

For several months after her death, the husband did avoid other women, but then he met someone and fell in love. On the night that they were engaged to be married, the ghost of his former wife appeared to him. She blamed him for not keeping the promise, and every night thereafter she returned to taunt him. The ghost would remind him of everything that transpired between him and his fiancee that day, even to the point of repeating, word for word, their conversations. It upset him so badly that he couldn't sleep at all.

Desperate, he sought the advice of a Zen master who lived near the village. "This is a very clever ghost," the master said upon hearing the man's story. "It is!" replied the man. "She remembers every detail of what I say and do. It knows everything!" The master smiled, "You should admire such a ghost, but I will tell you what to do the next time you see it."

That night the ghost returned. The man responded just as the master had advised. "You are such a wise ghost," the man said, "You know that I can hide nothing from you. If you can answer me one question, I will break off the engagement and remain single for the rest of my life." "Ask your question," the ghost replied. The man scooped up a handful of beans from a large bag on the floor, "Tell me exactly how many beans there are in my hand."

At that moment the ghost disappeared and never returned.

This is a fun story but also a deep Koan. In the west we sometimes mistake Koans to be 'riddles,' things that needs to be 'solved.' That isn't really the point though - this is a story to be meditated upon, to help expand our understanding. There isn't an 'answer,' or one singular way to look at what has happened. I would encourage you to pause here for a moment to consider the story before reading on.

There are many things that can be taken away from this Koan, and I hesitate to give my version, but I will point out one way of looking at the story and say something about how it may be relevant for us this week.

One way of reading the story is the fact that the 'ghost' doesn't know what the man cannot underlines that she is a projection of the man's own guilt, fear and grief.

As we go into this week we will likely see a lot of people projecting their own fears and making them 'real.' If we are sensitive and honest then we will also see ourselves doing exactly the same. Going in to this week with a heart of compassion - for yourself and for others - and recognizing the fear, hurt and insecurity that is manifesting the ghosts and demons around us. Seeing the division for what it really is - projections of our fears - allows us to move beyond it.

I hope that you all have a good weekend, however you like to celebrate it - even though it will be a little stranger than usual. May you also find peace and comfort in what may be a testing week.

PS: A Halloween Buddhist Dad-Joke - Where do hungry ghosts get their sandwiches? At Preta Manger!

PPS: I have linked below a fully guided meditation on a different Zen Ghost Koan, so if you would like to work with another one you can listen along with that. A few of us have committed to press 'play' together at 7pm PT on Sunday November 1st. You are welcome to join us if you wish.

cjrobson · Save a Ghost (Zen Koan)

If the above player doesn't work for you please click here.

Photo by Monkgogi Samson on Unsplash