You Are Not What You Think! 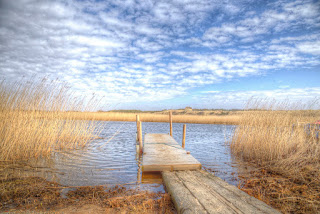 The first thing that most new meditators find is that as soon as they sit for meditation their mind becomes a wild storm of thoughts. If we are honest, those of us who have been meditating for many years have the same experience often, and it can be the cause of much dismay and discouragement.

The other day I read a wonderful interview of Ajahn Sumedho. In it, the interviewer, Phillip Moffitt, asked the Ajahn what was the most surprising thing he had learnt in his forty years as a monk. His answer was quite enlightening:

PM: Having been a monk for 40 years, you now know a great deal about human nature. Looking back is there one particular thing that would be most surprising to that 30-year-old who first put on robes?
AS: Yes. Not to believe anything your mind says. (Laughs.)
PM: Say more about that.
AS: In other words, you are not what you think. This is the greatest discovery. At 30, my thoughts were my reality. They were the way I created and judged myself. I was very hard on myself and in many ways quite cruel and judgmental. Now I know how to think without being a victim of my own thoughts.

You can read the whole interview here, which I highly recommend.

Now the Ajahn's answer may at first be surprising to you. After all,  isn't one of the Buddha's most famous quotes "You Are What You Think"?

Well, not quite. It turns out that the commonly quoted version is actually a mis-translation. You can read a detailed analysis of this here, but what the Buddha actually says in the Dhammapada is better translated as Acharya Buddharakkhita does:

Mind precedes all mental states. Mind is their chief; they are all mind-wrought. If with an impure mind a person speaks or acts suffering follows him like the wheel that follows the foot of the ox.

This is very different. It isn't saying that we are what we think; rather it is saying that what happens in our mind affects how we live. If we allow our mind to be filled with impure thoughts, or with confusion, or with mindlessness then that is how our life will play out.

So by understanding that we are not our thoughts we can approach meditation - and what are thoughts are doing while we meditate - very differently. In "The Tibetan Book of Living and Dying" Sogyal Rinpoche gives the following advice for working with your thoughts in meditation:

What, then, should we “do” with the mind in meditation? Nothing at all. Just leave it, simply, as it is. One master described meditation as “mind, suspended in space, nowhere.”

There is a famous saying “if the mind is not contrived, it is spontaneously blissful, just as water, when not agitated, is by nature transparent and clear.” I often compare the mind in meditation to a jar of muddy water: The more we leave the water without interfering or stirring it, the more the particles of dirt will sink to the bottom, letting the natural clarity of the water shine through. The very nature of the mind is such that if you only leave it in its unaltered and natural state, it will find its true nature, which is bliss and clarity.

So take care not to impose anything on the mind, or to tax it. When you meditate there should be not effort to control, and no attempt to peaceful. Don’t be overly solemn or feel that you are talking part in some special ritual; let go even of the idea that you are meditating. Let your body remain as it is, and your breath as you find it. Think of yourself as the sky, holding the whole universe.

When people begin to meditate, they often say that their thoughts are running riot, and have become wilder than ever before. But I reassure them and say that this is a good sign. Far from meaning that your thoughts have become wilder, it shows that you have become quieter, and you are finally aware of just how noisy your thoughts have always been. Don't be disheartened or give up. Whatever arises, just keep being present, keep returning to the breath, even in the midst of all the confusion.

In the ancient meditation instructions, it is said that at the beginning thoughts will arrive one on top of another, uninterrupted, like a steep mountain waterfall. Gradually, as you perfect meditation, thoughts become like the water in a deep, narrow gorge, then a great river slowly winding its way down to the sea, and finally the mind becomes like a still and placid ocean, ruffled only by the occasional ripple or wave.

Just as the ocean has waves, or the sun has rays, so the mind's own radiance is it thoughts and emotions. The ocean has waves, yet the ocean is not particularly disturbed by them. The waves are the very nature of the ocean. Waves will rise, but where do they go? Back into the ocean. And where do the waves come from? The ocean. In the same manner, thoughts and emotions are the radiance and expression of the very nature of the mind. They rise from the mind, but where do they dissolve? Back into the mind. Whatever rises, do not see it as a particular problem. If you do not impulsively react, if you are only patient, it will once again settle into its essential nature.

The following fully guided meditation allows us to practice working with our thoughts. Not identifying with them, not becoming frustrated with how noisy our mind is, but instead simply observing them and not getting caught up with them.

If the embedded audio player above doesn't work for you, please click here.


photo credit: The Gap via photopin (license)
Posted by Chris at 2:38 PM